Building Relationships One Home AT A Time

We proudly serve the entire eastern half of the state of Kansas from border to border. 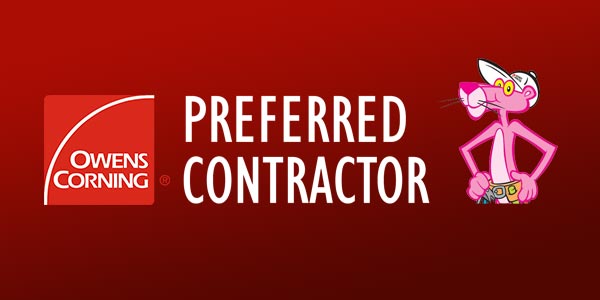 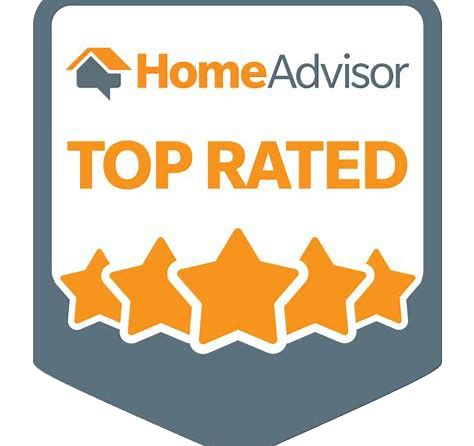 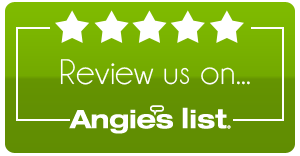 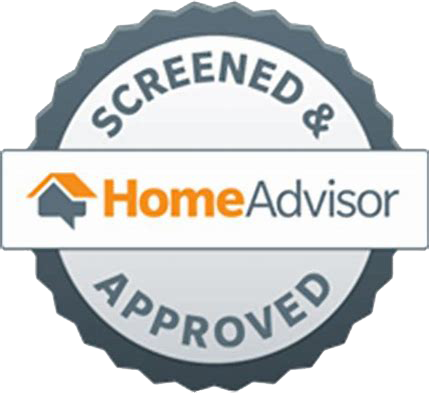 GET A FREE QUOTE

Call us to schedule your
FREE Estimate

YOU ARE OUR GREATEST ASSET

We at Covenant fervently believe our customers are our greatest assets. Although other contractors are capable of installing roofs, we install timely, quality roofing systems, providing your home with the complete coverage you and your family deserve. This includes high-quality products like Moisture Guard, Synthetic Underlayment, Lifetime Shingle Systems, and seamless guttering and downspouts in order to properly and effectively direct water away from your roof, fascia, soffits, and foundation.

YOU ARE OUR GREATEST ASSET

We at Covenant fervently believe our customers are our greatest assets. Although other contractors are capable of installing roofs, we install timely, quality roofing systems, providing your home with the complete coverage you and your family deserve. This includes high-quality products like Moisture Guard, Synthetic Underlayment, Lifetime Shingle Systems, and seamless guttering and downspouts in order to properly and effectively direct water away from your roof, fascia, soffits, and foundation. 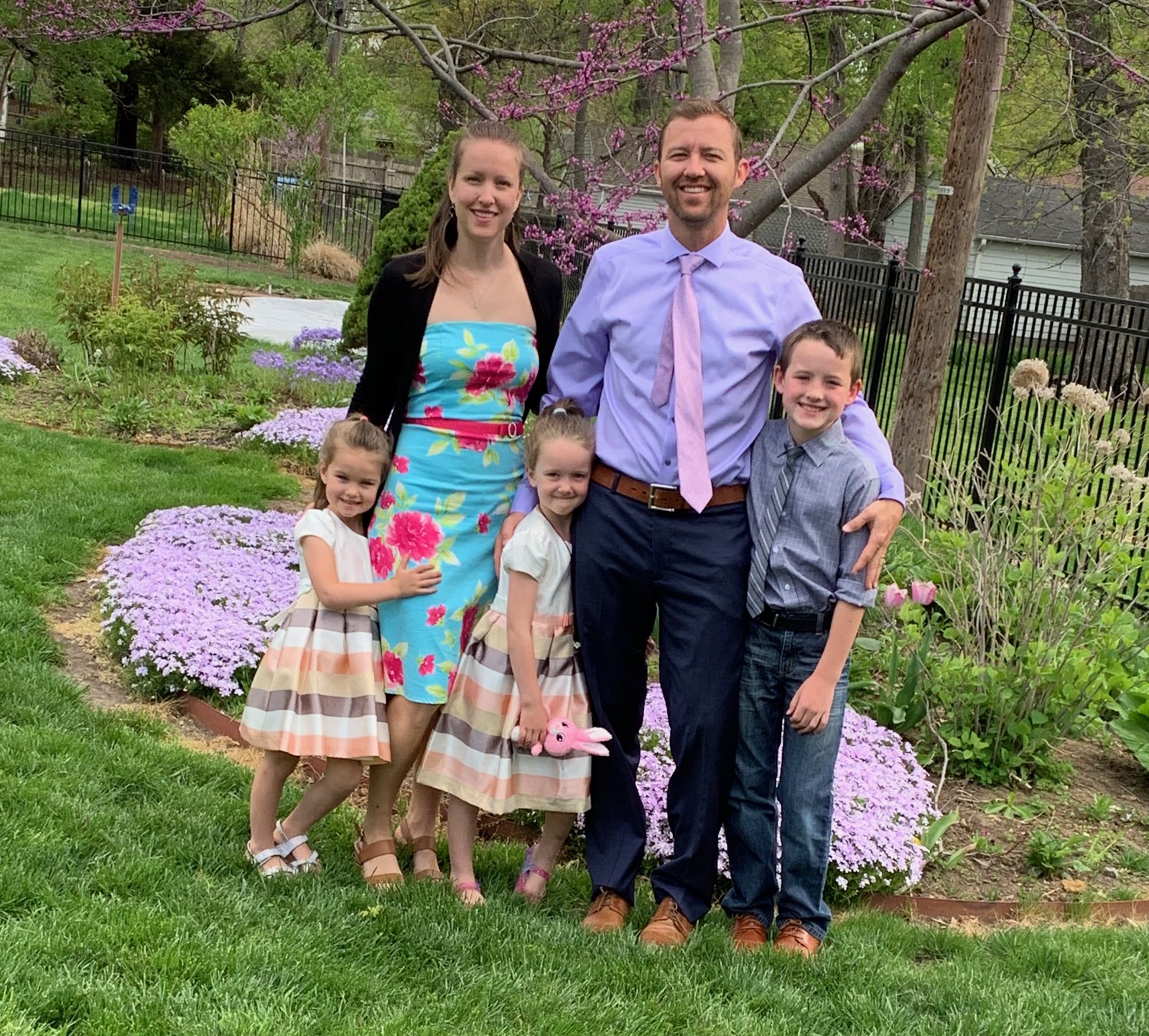 Nathan has lived in Topeka his entire life and married a home town girl. In fact, he married his kindergarten classmate. He has a son and two daughters whom he adores and family that all reside in the area. Nathan has a degree from Washburn University in Corporate Communication which he uses frequently in business. Nathan understands that constant communication is vital in understanding how business works between the contractor and the homeowner.

Nathan has been in the construction industry for over 15 years and makes recommendations based on what he believes is best for the individual homeowner. Nathan has been through extensive training by the insurance and contracting industry and works with homeowners to help them understand the entire process. What makes Nathan and Covenant Roofing different is that we care for your investment just as much as you do and recommend accordingly to better your investment and your experience with us.

At Covenant, we take great pride in our strong commitment to customer care, the very name of our business resonates our demeanor, our pledge to you and your project, large or small.  Like the meaning, you have our word, our promise that we will take care of you and yours to the best of our ability and know-how.  The word Covenant means much and we take all of its meanings literally in our business practice(s).  Your decision to hire us is taken very seriously, in a world filled with uncertainty, your decision to hire us is one that is safe, and only a phone call away.

Leave us a review. 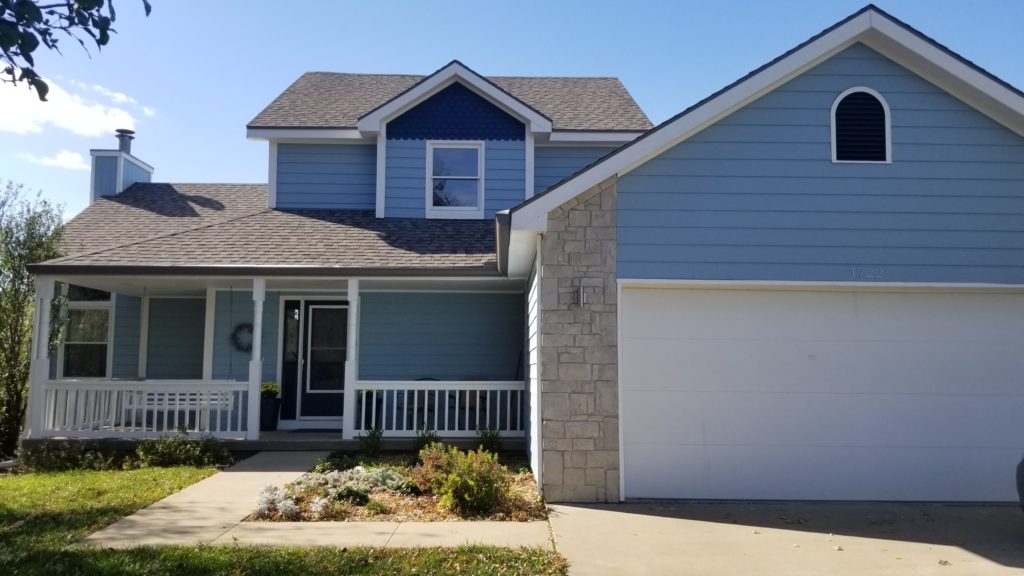 Our installation crews are knowledgeable, clean, and recognize the importance and respect your home and your neighborhood deserve. We never rush or cut corners to complete a job.

Each project is given the requisite attention and management necessary to accomplish the high standards that are required by Covenant. We look forward to serving you.

At Covenant, we comply with all state and federal laws and regulations, including OSHA standards. We also install every roof in accordance with shingle manufacturers' specifications to ensure you receive all applicable workmanship and product warranties.

We install all types of limited lifetime asphalt or composition shingle systems.

We respond quickly to all types of damage calls, including hail, and wind. When damage is not repaired in a timely manner, this can allow water to penetrate under the shingles and underlayment into the attic eventually making its way into the living space below.

When ice has accumulated over a roof for an extended period of time, it will penetrate the decking and appear in the attic. If left untreated, this can end up in the living space below.

Covenant will install moisture guard or ice and water shields around all eaves and down all valleys in order to avoid compromising your home.

We routinely inspect homeowners' roofs for wear, debris, leaks, and hail and wind-related damage. Often prior to the insurance adjuster in order to give homeowners an independent professional's opinion. Many times, insurance agencies contact us on behalf of their insureds and request an inspection before sending out their personnel.

During these inspections, we often uncover hidden problems and/or damage that may have remained undetected by homeowners and caused significant damage at a later time. As shown, we found an installation issue along the eave of the roof where the prior installer failed to apply a starter row of shingles, and all along this cave the decking was completely rotten and leaking into the soffits and eventually the house of the unwary homeowner.

We install all types of limited lifetime asphalt or composite shingle systems.

We are not limited to merely inspecting your roof, siding and gutters for damage. We are trained, knowledgeable insurance specialists poised to help you through the claims process from the time of initial inspection until project completion and the funds are finally dispersed. We take great pride in educating our homeowners about the entire process, and we work with our partner-insurers and mortgage companies to make your experience hassle-free.

We pride ourselves in being proactive and taking a preventative approach to our roofing installations. For example, with respect to exhaust pipe venting, which has numerous penetrations through the roof decking into the attic, we recommend and generally install lead pipe boots with every new roof. These typically last the life of the roof and beyond, and help prevent leaks in these problematic areas.

We can also install new neoprene inserts that retrofit over the existing pipes if the pre-existing lead pipes are compromised.

We install seamless gutters, no ten-foot sections of gutter pierced together installed here. The picture shows the bracket system that our installers use to hang the gutter on the fascia board.

We do not use spikes that penetrate the outside lip of the gutter. These brackets give strength to the gutter whereas a spike weakens the gutter and eventually pulls away from the fascia allowing for water to get into the house.

If your home is 10 –15 years old, there’s a good chance it’s not as well insulated as it should be. Not having enough insulation results in major energy loss and, whether you realize it or not, your home is constantly leaking energy— especially out of the attic.

Since energy costs are only continuing to rise, it’s a smart idea to protect your home against these rising expenses. A well-insulated home can significantly reduce the cost of utility bills throughout the year. We want to help you save money, not throw it away. That’s why we install insulation using the Owens Corning AttiCat® Expanding Blown-in Insulation System. It’s one of the fastest, easiest and most affordable ways to save on energy. 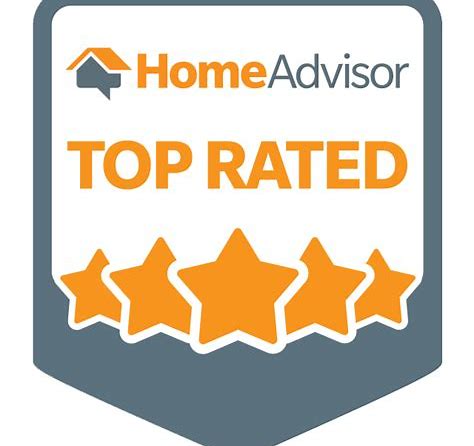 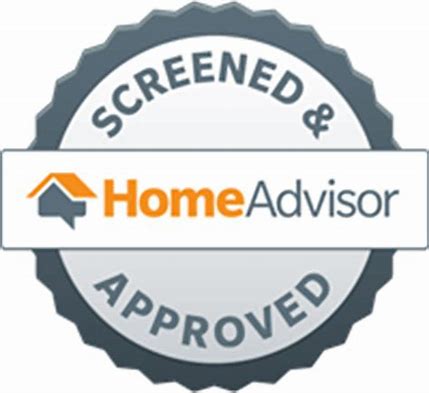 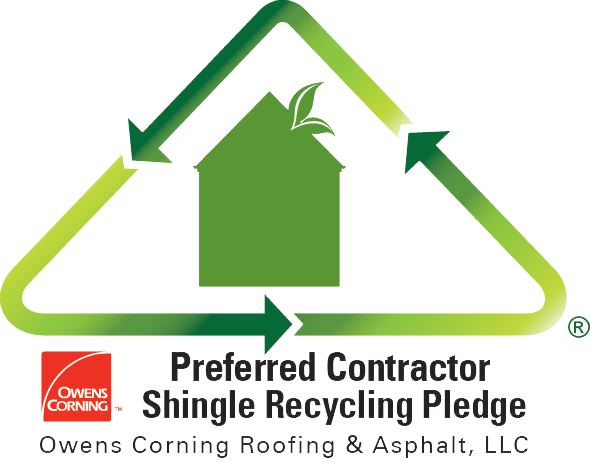 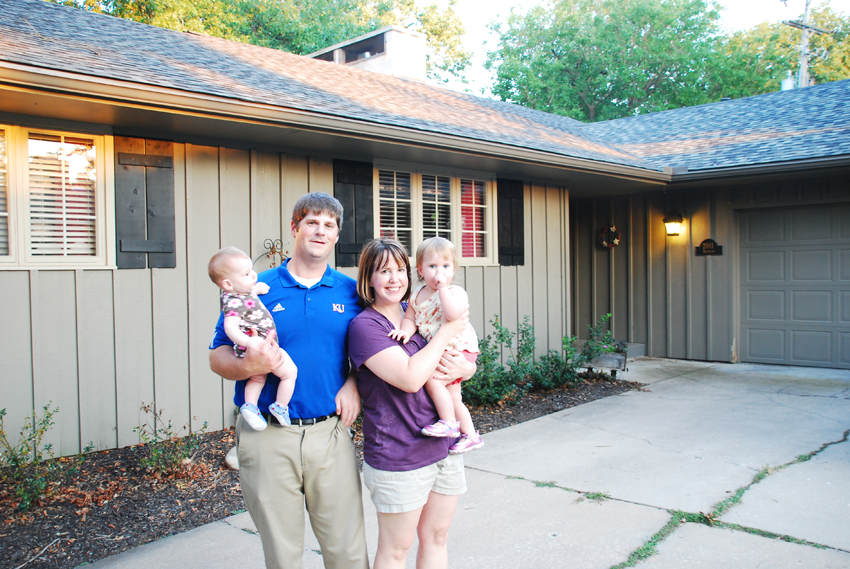 TOPEKA KANSAS
"I am so glad we chose Covenant because they made the whole process of getting a new roof so easy.  I am very busy with a full time job and 2 young kids at home. Covenant dealt with my insurance company directly so I never had to call them.  I am a very satisfied customer and highly recommend Covenant to anyone who is needing a new roof.  The whole process was so smooth and it was so nice that they took care of the billing and insurance for me." 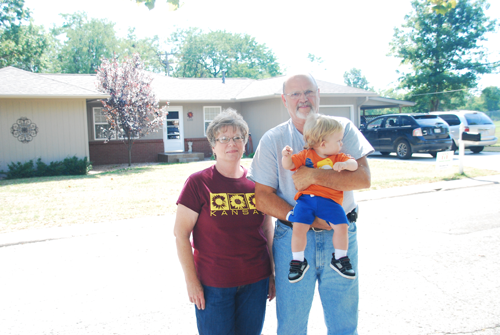 TOPEKA KANSAS
"I had called my insurance agent and he arranged for his adjuster to come by and inspect my home for hail damage.  His final result was damaged to gutters and downspouts but no damage to roof. I contacted Covenant for a free inspection and Nathan found hail damage.  Nathan contacted my insurance company for a second opinion and Nathan met the inspector when he came to my house. The second opinion found a lot of damage that required the roof and gutters to be replaced. Covenant’s crew did a great job of cleaning up after applying the roof, including nails. The process was made easy with Nathan’s help.  I would recommend Covenant to anyone." 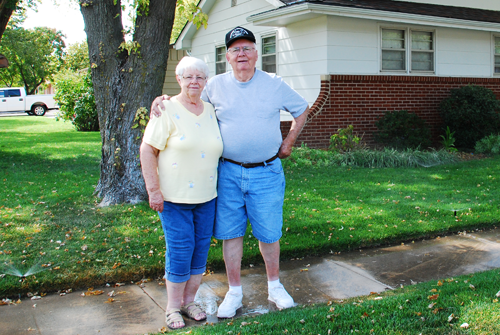 WICHITA KANSAS
"Covenant came out after my Insurance Adjustor came out who claimed that there was no damage. I was very surprised to hear my adjustor tell me this considering most of my neighbors were getting their roofs replaced. Covenant came out, marked the hail and organized a re-inspection on my roof. The new adjustor agreed with Covenant that it had enough damage for them to pay for it. Concerning the roof, Covenant recommended that I change the color. This was difficult for us considering we have had the same roof for the last 30-35 years. They installed the Merlot roof and we are very happy with all the color this roof has in it. They also took my screens in to get them repaired. I would recommend Covenant to anyone looking for a new roof." 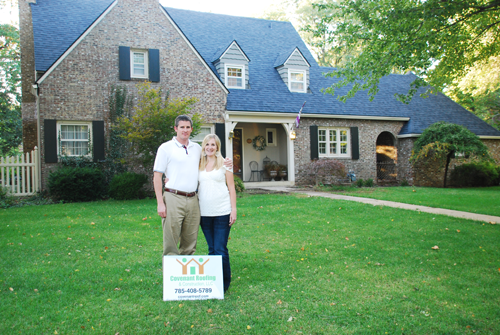 TOPEKA KANSAS
"I can't thank you enough for the job Covenant did for us. The service, advice, and help with our insurance company was fantastic from beginning to end. Since I know nothing about roofing and don't have much experience dealing with insurance companies we truly appreciated having an experienced professional walk us through it and explain to us in simple terms what we needed and why. Without you I don't think I would have know or appreciated the importance of installing a hail impact rated roof, and the radiant barrier plywood has drastically reduced the heat in our attic. My wife was particularly pleased with the care your work crew took to insure we suffered no damage to the rest of our house, bushes, and patio equipment. I have heard a lot of stories of destroyed shrubbery by roofing crews but ours was careful and cleaned up meticulously. Thanks for all you help.." 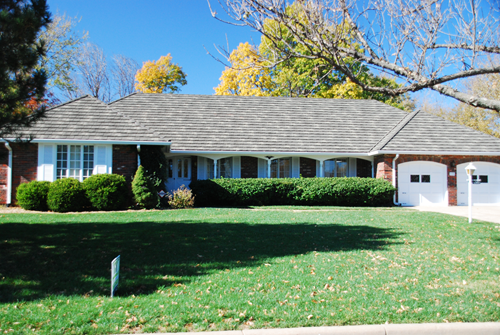 WICHITA KANSAS
"I had Covenant come out and take a look at my old wood shake roof for hail damage after many roofers knocked on my door and said that I needed to sign something in order for them to look at my roof. I was uncomfortable with this and then called my insurance agent who then highly recommended Covenant to honestly assess the damage on my roof. I am in my eighties and I wanted to make sure that I could trust the company that was up on my roof. "

Are You ready to commit to your roof?

As a fully licensed and insured contracting company, we believe our customers deserve to have all of the information necessary to make educated decisions about their housing project. Our goal is to educate our homeowners while assisting them throughout the entire process. Whatever the situation, we will work together with our homeowners to find the best solutions to get the job done efficiently and up to or exceeding top industry standards. We invite you to contact one of our offices nearest you for a complimentary inspection and estimate. We look forward to serving you! 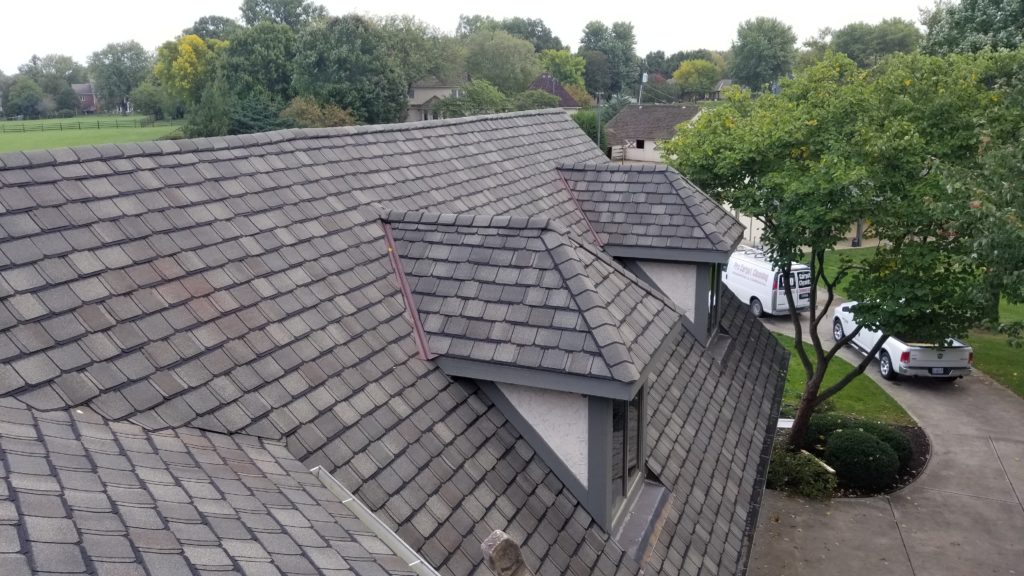